On Saturday, March 12th, I forced myself out of my warm, cozy bed to lace on my sneakers and head out to run the Winter Park 10K Road Race.

I remember lying there, trying to come up with a valid excuse to skip, desperate to go back to sleep. Despite my better judgment, I had stayed up late watching House of Cards with my hubby, and I knew I would regret it when the alarm rang at 5am.

Somehow, I forced myself out of bed. Honestly, I don’t know what made me do it. I could have easily lied and told my husband I overslept or, to be frank, told him the truth: I didn’t want to go.

But why didn’t I want to go?

I had registered for the race months in advance. I had stepped up my cardio at the gym, and I had no one to impress: my friends and family weren’t running it with me, so I had signed up to do it all on my own.

I was scared I couldn’t do it.

Not physically unable, but mentally. I knew I could do 90 minutes of cardio at the gym (absorbed in a movie on my ipad), but could I run with 35,00 other people with nothing but my thoughts and the asphalt?

I was scared to see myself fail, even though no one else would ever know. And I almost skipped the run.

But, somehow, I did it. I got up. I got dressed. I choked down a protein bar and sipped some water, and I drove to Winter Park while my husband and puppies slept peacefully.

I was anxious when I parked. I felt nauseated when I picked up my race number and t-shirt. I debated heading back to the car a hundred times, but as I saw runners of all shapes and sizes arrive, eager to run, I realized that I was focusing on the wrong thing.

I was already winning.

I was here. I was willing to try. I was doing more than the other quarter of a million people living in the Orlando-area who weren’t up at 6am, stretching their calves on a curb. I was going to run, or jog, or run/jog, or run/walk, or whatever it was that I was going to do – I was here.

I sang along to the Star Spangled Banner and took off with the gun shot, and I ran.Well, jogged quickly, as I was working my way through 3,500 people just to get to the real starting line.

Before we’d gone half of a mile, people started to walk. I passed people younger than me, and people who looked like they lived in the gym. I felt a little stronger with each person I passed.

Now, 10:08 isn’t a record mile by any means, but everyone knows the first mile is always inaccurate, as the real race clock starts when you cross the starting line, so seeing 10:08 meant my real first mile was likely closer to 9:30 or so. That was a good pace for a 10K (6.2 miles, in case you’re not into the metric system), but was it sustainable? Most of my 5Ks were around 28 minutes, so a 9:30/mile for a 10K didn’t seem realistic.

Wait a second. Did I get faster? That couldn’t be right. I must have misread it.

Before I hit mile three, I realized a lot of people had “dropped off” from the run. Not quit the race, of course, but they’d stopped to walk along the way. The people I was pacing with now were in it for the long haul. I spotted a middle-aged man, maybe in his early 50s, who was in great shape and holding almost the exact same stride as me. I decided he would be my mental-pacer, the person I would try to stay with throughout the rest of the race.

Wait, what? I AM getting faster.

At mile four, there was a hill. Now, for anyone who knows Florida, we don’t have hills. At all. But Winter Park has a few baby ones, and one happened to be at mile four. It may have been small, but it BURNED. But I kept with my pace-buddy (did he think I was stalking him?), and I made it.

At mile five, the clock read 48:37. I have never run five miles in less than 50 minutes in my life. I couldn’t believe my eyes. I wanted to cry, but then I realized how silly it would be to start crying during a 10K and I kept going.

Did I mention I hadn’t stopped? I had kept running –and kept up with my pacer– for the entire time so far.

Mile six gave me a jolt of excitement. I could see the finish. I could hear the music. I had very few people around me now, and most of the “droppers” were gone. I was with the runners. 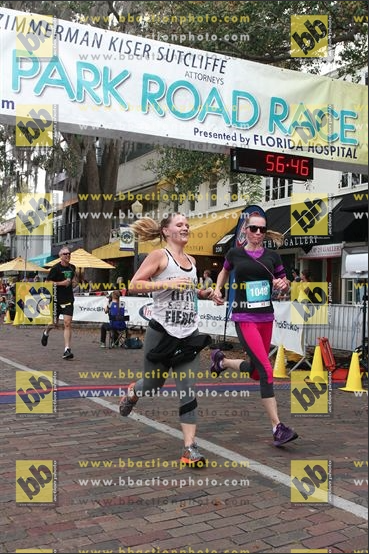 Sorry about the ridiculous watermarks, but I can’t pay $28.99 for a single JPG. Seriously, Track Shack??

Let’s summarize this a bit:

I woke up anxious. I spent the entire morning afraid I couldn’t run the race (regardless of pace). I had to give myself a pep talk just to start the run, and yet I set a PERSONAL RECORD? 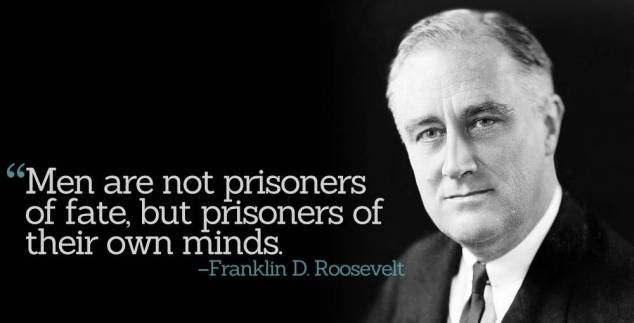 I’m glad I didn’t let my mind hold me prisoner on Saturday morning, for I never would have known just how strong I could be.